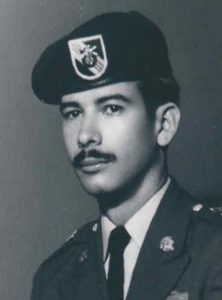 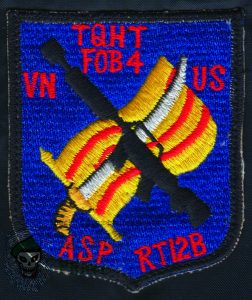 Gene Pugh
MILITARY BIOGRAPHY
My military career started on February 10, 1966 at Fort Polk, Louisiana where I did my Basic Training and AIT. Volunteered for Special Forces. Upon graduation from Airborne School I reported to Fort Bragg. Trained as a radio operator and later assigned to Company C, 6th Special Forces Group (Abn). During this time I was lucky to be mentored by seasoned officers and NCO’s. Crossed trained in Intelligence and as an Assistant Medic. All of us were required to be proficient in light and heavy weapons, camp defense, and small unit tactics.
In Vietnam I was assigned to the 5th Special Forces Group with further orders to SOA (Special Operations Augmentation) which meant that I was under MACVSOG (Military Assistance Command Vietnam Studies and Observation Group). The Studies and Observation Group designation was to draw attention away from the real purpose of the group, under OPS – 35 directive, small reconnaissance teams to infiltrated into denied areas for purpose of gathering information to be that would be later pieced into the mosaic of intelligence. The missions included troop movements, wire taps, location of road parks, fueling stations, command centers, capturing enemy POW’s, and anything else that Saigon wanted or needed. Was posted to C&C Detachment-FOB 4 (Later Command and Control North) in Da Nang. My first duty was in the message center and requested my NCOIC to be transferred to the Recon Teams.
I was assigned to Reconnaissance Team Asp that was comprised of three Americans and eight former NVA soldiers (The only such team in camp at that time). As assistant team leader I was positioned to the rear of the unit to help sanitize the trail and deal with any enemy personnel tracking us. One of the duties of the team leader was to make sure that the assistant team leader was capable of leading the team should he become incapacitated. On my two such missions of leading the team we were compromised on the LZ and never completed the assigned mission.
I was able to complete eight more missions as an assistant team leader.
During December ’68 through April ’69 the team had one in country mission near the DMZ. We were inserted as a stay behind when a Marine company was being air lifted out of the LZ. We were also in line of sight and under the guns of Marine post LZ Hickory which was positioned approximately four kilometers from the inserting LZ. Our mission was to capture an NVA prisoner. The next morning as we were positioning ourselves and unknown to us that we had been spotted by the Marine artillery observers an advance NVA patrol wandered into our position. Caught by surprise a close quarter firefight was started killing all of the NVA and before we could search the bodies for identifying information we could hear the main body of the enemy unit advancing on our position. We called for an immediate extraction. As luck would have it the Forward Air Controller was able to divert the air unit that was returning to base and was able to extract us in less than five minutes or so. We found out later, the Marines on the hilltop couldn’t make out who was who and delayed their fire order. That was lucky for us. From this incident, headquarters got a lessons learned memo, keep special operation missions away from conventional area of influence.
During this time period RT-Asp was one of the lucky teams. Most of the team members had only received minor shrapnel wounds and a few bump and scrapes during extraction as we were some times dragged through the treetops when coming out on strings.
The recon teams were a thorn in the side of the NVA operations along the Ho Chi Ming Trail. It would have been a feather in their cap to capture one of the teams. The mental make up of the team was crucial to the efficiency of the team. It was priority number one to get the information back to headquarters. Of course, it would be a perfect mission if one were able to be inserted, complete the mission, and not be compromised. However, that was the exception and not the rule, and when one had to fight it out with the enemy it was understood that you gave no quarter and received no quarter. During my last three months in country Captain Richard ‘Dick’ Meadows was my Recon Company Commander. Even at that time Captain Meadows was a living legend in the Special Forces and Special Operations community. A very detail oriented officer leaving nothing to chance in case of an emergency was the trait he left with us to insure our chances of survival. In one of the first meeting with the recon teams, he shared his philosophy, “Rule number one: Survive; Rule number two: Win. Number three: Give no quarter; receive no quarter.” Any questions? There were none.
Surrender Not An Option Paperback
November 11, 2016

Survivors guilt is not the only thing that is bothering Allen Purvis. He has to relive in his mind the battles in a denied area when he was assigned to MACVSOG the ultimate secret organization during the Viet Nam war. He is put to the test when he commands his friends to sacrifice themselves to save the others of the unit. Wendy Salas, nurse at the 95th Evacuation Hospital sees the horrors of the war everyday. Her pain is personal. A chance meeting on R&R in Hong Kong brings these two people together as soul mates in a hope that one of them can save the other. Purvis like the others wondered why they were saved and the answer was there all the time. 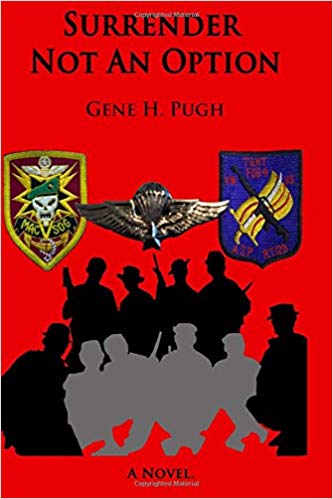