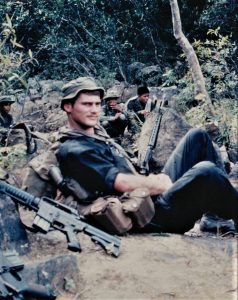 On October 30, 1968, SGT Gary L. Matson of Forward Operating Base 1, Command and Control North (CCN), MACV-SOG, was installing mines in the Mai Loc launch site mine field with fellow SOG member Jeffrey Junkins when SGT Matson accidentally tripped a “Bouncing Betty” anti-personnel mine which killed him instantly. Junkins landed on a mine and it took several hours before he was able to be pulled him from the minefield. (Note: Jeffrey Junkins was not killed in Vietnam, but he was just as much a victim of his experience there causing his death by suicide on May 19, 1999) [Taken from macvsog.cc]  HF EL DORADO FOB-3 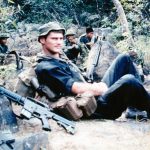 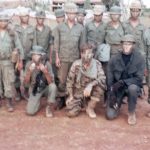 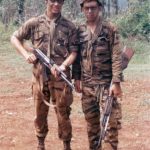 Back with captured wpns from night ambush