FOB-6 “One Zero” School Long Than 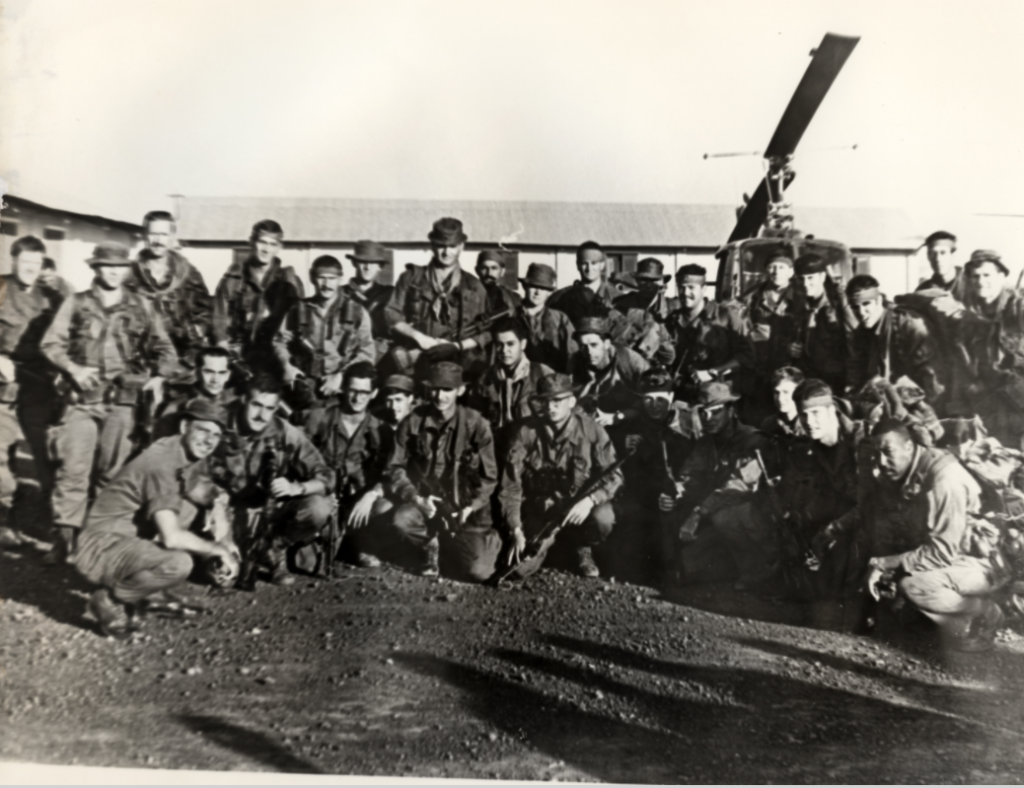 One-Zero class at Long Thanh 1970. Unfortunately I did not write down the names of the class members on the back. Someone else in the group may know who everyone is. SGT Chuck Hein is standing third from the right. He was killed by a WP grenade in the Spring of 1970. The details are on the online Vietnam Wall. We were in the same training team – RT Ram. CPT Fred Krupa is kneeling in the middle of the front row wearing glasses. He was killed in the Spring 1970. I believe that is Mike Duffy standing at the far left. He died a year or two ago. I believe the men kneeling at either end of the photo were instructors. Standing sixth from the right may be Bob Masterjoseph. I was at the hospital on the other side of the airfield at the time the photo was made getting my infected leg taken care of so was not in the photo. Wish I had written down the names. Students were from CCN, CCC and CCS in about equal numbers. I don’t remember seeing this photo on any website before. Some in the group may be interested and know who everyone is. Submitted by Larry Green, Col, USA Retired,  CCN 1959-70. 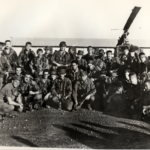 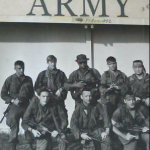 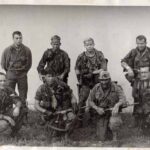 The photo was taken at Camp Long Than during the one-zero school.  I was  Training Officer there during July thru Oct 1970 and my recollection is that Frank was in a holding pattern as he awaited a decision on his heroics that led to the MOH.  I believe Ed was down there for training (either it for one-zero or one of the airborne sessions).  Mike Ash 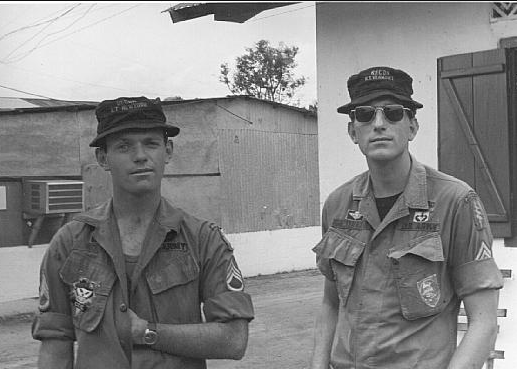 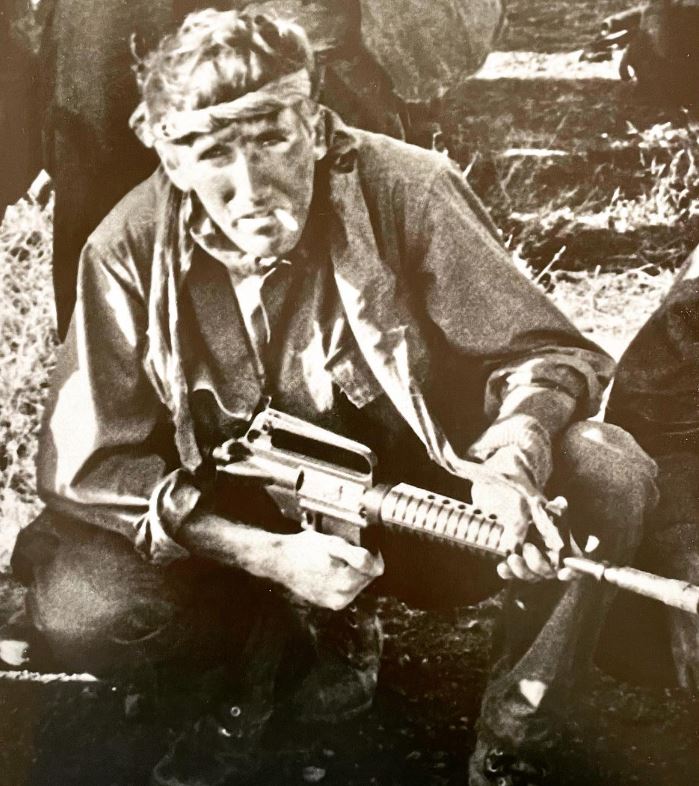 William K. Durand while at 1-0 school down at B-53 in Long Thanh in the spring of 1970. From here, he went back to CCN and rebuilt RT Adder.