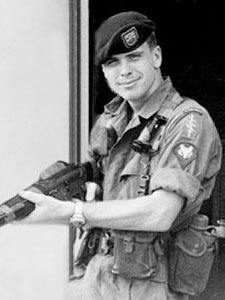 Donald Monroe Shue was born on August 29, 1949.  He had enlisted in the United States Army. Entered the service via Regular Military. Served during the Vietnam War. Shue had the rank of Sergeant First Class. Service number assignment was 242780666. Attached to Special Forces, RT Maryland.  During his service in the Vietnam War, Army Sergeant First Class Shue was reported missing and ultimately declared dead on November 3, 1969. Recorded circumstances attributed to: Died while missing in action, Body not recovered. Incident location: Laos, Pleiku province.  Staff Sergeant Shue was a member of Command and Control North, 5th Special Forces Group. On November 3, 1969, he was a member of a patrol near Ban Chakevy Tai, Saravane Province, Laos that engaged the enemy. He was listed as Missing in Action. His remains were recovered in 1969 and identified on January 6, 2011. 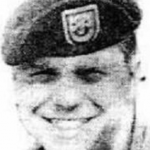 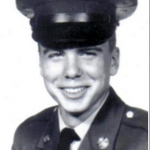 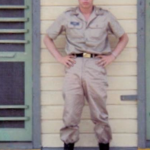 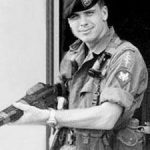