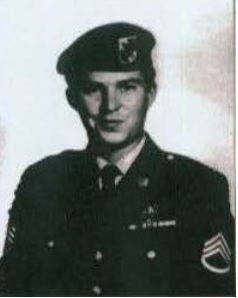 SYNOPSIS: On April 23, 1970, SSgt. Danny L. Little was an advisor to a Mobile Strike Force company when his company engaged an enemy unit. Little was hit numerous times, and according to an indigenous soldier who survived, Little died.

Although several attempts to recover Little’s body were made, recovery was futile because of the presence of enemy forces. The unit ultimately was forced to withdraw from the area, leaving Little behind.

SSgt. Danny Little was classified Killed in Action, Body Not Recovered. He is listed with honor among the missing because his body is still on enemy soil. He is not among the relative few of the nearly 2500 Americans missing who cannot be accounted for. Little was shot in the close proximity of enemy troops. There is every reason to believe they know his fate, and the location of his body, if he is dead.