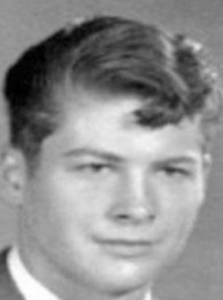 SYNOPSIS: SSGT Danny G. Taylor was the radio operator for Headquarters & Headquarters Company, 5th Special Forces. On September 28, 1966, he was part of a reconnaissance patrol operating in Quang Tri Province, South Vietnam when the unit was fired upon by enemy forces.

The patrol returned fire for about ten minutes, and Taylor was observed to be firing as well. He then put the radio on his back and made an attempt to jump off some rocks, and was hit in the back by enemy fire.

Prior to leaving the area, members of the patrol checked Taylor and found no pulse or heartbeat. Because they were escaping under fire, they were forced to leave Taylor’s body behind. Hostile forces prevented any subsequent searches for Taylor’s body.