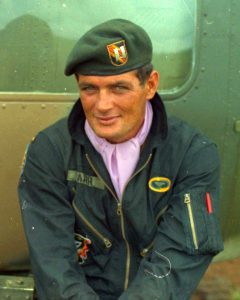 Captain Donald Gene “Butch” Carr, MACV-SOG Mobile Launch Team 3 (NKP, Thailand), and Captain Daniel Wayne Thomas, US Air Force 23rd Tactical Air Support, Pilot, OV-10A “Bronco”.
On July 6, 1971, CPT Carr and CPT Thomas were flying a visual reconnaissance mission over central Laos. At 1530 hours, Thomas radioed to the “Heavy Hook” launch site that he was in his target area, but that he was unable to observe because of weather conditions. This was his last known radio contact. Thomas and Carr were due to depart the area at 1700 hours, and should have radioed then.
A ground reconnaissance team later reported hearing an impact or explosion at 1600 hours on July 6 in their vicinity, but they did not report seeing the aircraft.
Search efforts for the aircraft and men were conducted through July 10th, with no results.
In March 2014, Owen Bell, a Canadian expat, was giving a motorcycle tour in southern Vietnam. At a sightseeing stop, he encountered a young Vietnamese man dressed in combat fatigues (apparently a local fashion statement) making a hard to believe claim. The man said a few of his friends, on a hunting excursion four years earlier, had come upon the wreckage of an American military plane with a body nearby.
To prove it, the guy showed Bell a bone fragment he carried around for good luck and a copy of a dog tag, belonging to Donald G. Carr.
Later that day, Bell Googled Carr’s name and found an article written about the search for the soldier. This guy might be telling the truth after all, Bell thought.
Bell later met with the man and his friends, three tribesmen who were nervous about being found out by Vietnamese authorities. Bell, assuring them he would keep their identities confidential, broached the idea that the American government might pay reward money for information about missing soldiers.
The men went on to tell Bell about how, during a hunting trip in the jungle, they encountered an aircraft that resembled a frog, with a tail and two legs, and a dead body about 10 to 15 feet away. They admitted goofing around and playing with the defunct machine gun for a bit, before selling what they could for scrap. They showed Bell the original dog tags, as well as more pieces of bone.
The government had always assumed Carr went down in Laos, but the wreckage was in Vietnam. However, Bell, who moved to the country after marrying a Vietnamese woman in Canada, was familiar with the mountainous region they were discussing. It’s near a part of the Ho Chi Minh Trail that juts into Kontum province, Vietnam.
Bell reached out to the U.S. government to find out whether rewards were available for such information. He never got a straight answer.
It didn’t matter. The next month, the Defense POW/MIA Accounting Agency was contacted by a Vietnamese citizen claiming to know where Carr’s remains were located. Bell believes his source also told the Americans, thinking money was coming his way (it wasn’t).
Wreckage, photos, personal effects, and remains were located and transferred to DPAA. MAJ Donald G Carr was accounted for on August 19, 2015, and was buried May 11, 2016 at Fort Sam Houston National Cemetery.
Subsequent recovery efforts by DPAA and repatriation of additional remains and material in April, 2016, brought the more recent ID of Capt Thomas. On April 12, 2016, the DPAA lab received dental remains, ID tags, and other material evidence from the Vietnamese Office for Seeking Missing Persons. Laboratory analysis of this evidence, as well as circumstantial evidence, were used to identify the remains as those of CPT Thomas. 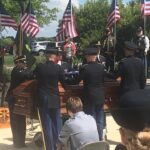 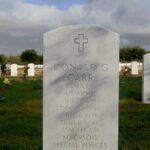 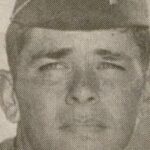 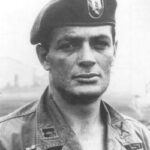 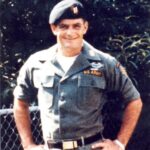