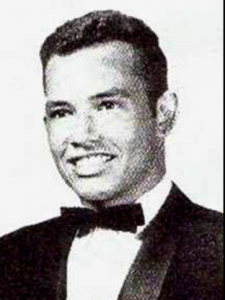 Correction:  The 2 “unnamed” American advisors were MSGT Thomas Sanchez and SSGT Michael Stearns.  They were part of a reactionary force flown to the ambush site by a C Company helicopter.

SYNOPSIS: SSgt Burt C. Small and Sgt. Jacob G. Roth, Jr. were with a 20 man South Vietnamese patrol which was ambushed near Minh Long on March 6, 1967.

Correction:  At the time of the ambush, Burt Small was a Sgt. and Jacob Roth was a SSGT. Burt’s promotion to SSgt was done posthumously.

During the skirmish, Small and Roth tried to stop the CIDG radio operator, who was running away, when Small was wounded in the left leg, captured by North Vietnamese troops, and not seen again.

According to Robert Garwood, returned POW, the Vietnamese questioned him about Burt Small, and asked if he was a relative of Garwood’s.

Correction:  According to Robert Garwood, this information is incorrect.  He now states that he was never asked about, nor did he ever hear of Burt C. Small Jr.

Some sources say that Burt Small was seen being led away by the enemy, but Small’s records are still classified (1989), and there is no way to verify any of the reports relating to him through official channels.

Correction:  Some (not all) records on Burt Small have now been declassified. There are several documents which note that he was “shot in
the leg and immediately surrounded by 4 NVA”…and that “he was led away under his own power, direction unknown.”

Burt was born September 2, 1946 in Long Beach, CA and graduated from high school in Savannah GA in 1965. He enlisted with his brother in the Army in January 1966. He took basic training at Ft. Gordon GA then went on to Ft. Benning GA for specialized training and jump school.

Burt took and passed all the tests for Special Forces at Ft. Benning, but he did not receive his Beret until he was in Vietnam in September 1966 because of his age. He worked with 35 Vietnamese, training them and accompanying them on patrols.