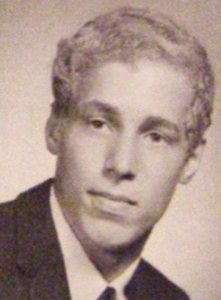 07 Aug 71; Loren “Festus” D. Hagen, 1Lt 0-2, Medal of Honor Winner and Oran L. Bingham, SGT E-5 and Bruce A. Berg, TF1AE (CCN), RT Kansas performing Recon deep in enemy held territory KIA-RR In a battle with odds of 107 to 1, RT Kansas of 14 commandos (six Americans and eight SCU) faced a formidable foe of an entire regiment, supported by a second regiment. One NVA regiment was able to overrun the Special Forces Kham Duc camp in 1968 and it only took one third of a regiment to completely overrun the Special forces camp at Lang Vei in one night. Here RT Kansas equipped with only what they had on their backs, CAR 15’s, grenade launchers and one M-60 machine gun faced an onslaught greater than the men at the Alamo. Clearly, RT Kansas was an unwanted guest and the NVA intended to remove the team without delay. The team had taken up a position on a small hill, spent the night, receiving probing activities during the night, as dawn approached, trucks began to arrive filled with NVA. The onslaught came with a single, well placed RPG round, which smashed into Bergs bunker exploding, collapsing it. This was the signal for the assault. Lt Hagen went to check Berg but was cut down in the massive enemy fire and died. Bingham left his bunker to reposition the claymores and died within six feet of his position with a bullet striking him in the head. A SCU jumped up and was cut down immediately.

SGT Bill Queen lay wounded, SGT Tony Anderson having sustained multiple wound, but fighting and commanding the situation, and SGT William Rimondi unwounded and fighting. The enemy came in great numbers, so close rolling over the hill, they were inches from the end of the CAR 15 muzzles. Then air support arrived with massive fire power which broke the enemys attack and the enemy fled for cover. By this time Rimondi was suffered multiple wounds. Hueys arrived and the remaining team members and some of the teams dead were recover. Three hours later, SGT Anderson, although wounded, returned with the bright light team and recovered the dead. Bergs remains were not located. Three Americans and three SCU died in this action with a confirmed 185 NVA dead, a kill ratio of 31:1.