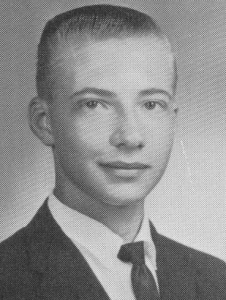 SYNOPSIS: Air Force 1Lt. John L. Ryder was the pilot of an O1F spotter aircraft on which Special Forces Operations Officer Capt. Barry W. Hilbrich was serving as observer. The two departed Pleiku Airbase on a visual reconnaissance mission on June 9, 1970 south of Ben Het in South Vietnam with an ultimate destination of Camp Dak Saeng.

The aircraft was located just north of Pleiku and was in radio contact with the tactical air control center. Their next scheduled radio contact was at 1327 hours, but no further communication was established. Ryder and Hilbrich were reported missing.

No immediate visual search could be initiated because of incliment weather, and an electronic search conducted produced no trace of the aircraft of the crew. During the period of June 10-19 an extensive search was carried out extending from Pleiku north to the I Corps boundary and west of the Cambodian border, with no sightings of either aircraft or its two officers. The two were officially classified Missing In Action. It cannot be determined whether the enemy knew their fates.