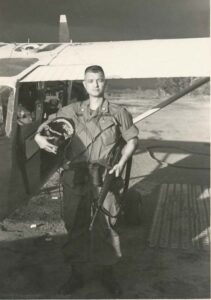 Lt. Col. Arthur A. Andraitis held a wide variety of air and space reconnaissance intelligence assignments during a twenty-four year Air Force career. He served in Japan and the Philippines as a photo interpreter of U.S. and Republic of China military overflight aerial photography. He was an adviser in airborne photographic reconnaissance and intelligence to the Republic of China’s Air Force, and also had two tours of duty in West Germany.  At the Pentagon, he served as the chief of the U.S. Air Force Imagery Intelligence Branch, as the U.S. representative to a NATO committee, as an adviser to the armed forces of several Asian and other U.S. allies, and in other sensitive positions where he helped conceive, develop, and implement a number of imagery- related programs including the first use of Long Range Oblique Photography cameras from fighter aircraft.
Andraitis subsequently spent a tour in South Vietnam with the Military Assistance Command Special Operations Group (MACV-SOG) where he supported special operations in South Vietnam, Cambodia, Laos, and North Vietnam. During this assignment he completed over 120 combat missions in helicopters and L 19 and 0-1 aircraft, mainly over Cambodia. In 1970 Andraitis played an important planning and intelligence role in the U.S. attempt to rescue prisoners of war held at Son Tay in North Vietnam.  He joined the private sector upon retiring from the Air Force in 1978.  In 1982 Andraitis created a consulting company that specializes in reconnaissance topics.  A graduate of the University of Idaho, he was a past president of the National Military Intelligence Association. 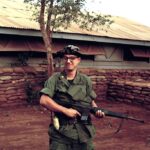 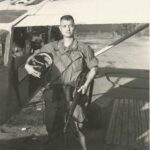