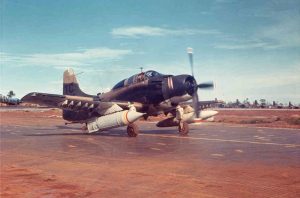 As American involvement in the Vietnam War began, the A-1 Skyraider was still the medium attack aircraft in many carrier air wings, although it was planned to be replaced by the A-6A Intruder as part of the general switch to jet aircraft. Skyraiders from Constellation and Ticonderoga participated in the first U.S. Navy strikes against North Vietnam on 5 August 1964 as part of Operation Pierce Arrow in response to the Gulf of Tonkin Incident, striking against fuel depots at Vinh, with one Skyraider from Ticonderoga damaged by anti-aircraft fire, and a second from Constellation shot down, killing its pilot, Lieutenant Richard Sather.

During the war, U.S. Navy Skyraiders shot down two Vietnam People’s Air Force (VPAF) Mikoyan-Gurevich MiG-17 jet fighters: the first on 20 June 1965 by Lieutenant Clinton B. Johnson and LTJG Charles W. Hartman III of VA-25; Using their cannons, this was the first gun kill of the Vietnam War. The other was on 9 October 1966 by LTJG William T. Patton of VA-176.

As they were released from U.S. Navy service, Skyraiders were introduced into the Republic of Vietnam Air Force (RVNAF). Skyraiders were also used by Air Force Special Operations Command for search and rescue air cover. They were also used by the USAF to perform one of the Skyraider’s most famous roles — the “Sandy” helicopter escort on combat rescues.  On 10 March 1966, USAF Major Bernard F. Fisher flew an A-1E mission and was awarded the Medal of Honor for rescuing Major “Jump” Myers at A Shau Special Forces Camp.  USAF Colonel William A. Jones III piloted an A-1H on 1 September 1968 mission for which he was awarded the Medal of Honor. In that mission, despite damage to his aircraft and suffering serious burns, he returned to his base and reported the position of a downed U.S. airman.

A-1E Skyraiders fly in formation over South Vietnam on way to target on 25 June 1965. The aircraft are assigned to the 34th Tactical Group, based at Bien Hoa Air Base, South Vietnam.

After November 1972, all A-1s in U.S. service in Southeast Asia were transferred to the RVNAF. The Skyraider in Vietnam pioneered the concept of tough, survivable aircraft with long loiter times and large ordnance loads. The USAF lost 201 Skyraiders to all causes in Southeast Asia, while the Navy lost 65 to all causes. Of the 266 lost A-1s, five were shot down by surface-to-air missiles (SAMs), and three were shot down in air-to-air combat; two by VPAF MiG-17s.

On 5 August 1964, the first A-1E Skyraider was shot down during Operation Pierce Arrow. The pilot, Lt. (jg) Richard Sather, was the first Navy pilot killed in the war. On the night of 29 August 1964, the second A-1E Skyraider was shot down and the pilot killed near Bien Hoa Air Base; it was flown by Capt. Richard D. Goss from the 1st Air Commando Squadron, 34th Tactical Group. The third A-1 was shot down on 31 March 1965 piloted by Lt. (jg) Gerald W. McKinley from the USS Hancock on a bombing run over North Vietnam. He was reported missing, presumed dead.

While on his very first mission, Navy pilot Lt. (jg) Dieter Dengler took damage to his A-1H over Vietnam on 1 February 1966, and crash-landed in Laos.[25] The next A-1 was shot down on 29 April 1966, and Pilot Capt. Grant N. Tabor, was lost on 19 April 1967; both were from the 602 Air Commando Squadron. A Skyraider from Navy Squadron VA-25 on a ferry flight from Naval Air Station Cubi Point (Philippines) to USS Coral Sea was lost to two Chinese MiG-17 on 14 February 1968: Lieutenant (j.g.) Joseph P. Dunn, USN flew too close to the Chinese island of Hainan and was intercepted. Lieutenant Dunn’s A-1H Skyraider 134499 (Canasta 404) was the last Navy A-1 lost in the war. He was observed to survive the ejection and deploy his raft, but was never found. Initially listed as missing in action, he is now listed as killed in action and posthumously promoted to the rank of Commander. Shortly thereafter, A-1 Skyraider naval squadrons transitioned to the A-6 Intruder, A-7 Corsair II or Douglas A-4 Skyhawk.  A-1H “Paper Tiger II” carrying the toilet bomb in October 1965

In October 1965, to highlight the dropping of the six millionth pound of ordnance, Commander Clarence J. Stoddard of VA-25, flying an A-1H, dropped a special, one-time-only object in addition to his other munitions – a toilet.

The A-1 Skyraider was the close air support workhorse of the RVNAF for much of the Vietnam War. The U.S. Navy began to transfer some of its Skyraiders to the RVNAF in September 1960, replacing the RVNAF’s older Grumman F8F Bearcats. By 1962 the RVNAF had 22 of the aircraft in its inventory,[27] and by 1968 an additional 131 aircraft had been received. Initially Navy aviators and crews were responsible for training their South Vietnamese counterparts on the aircraft, but over time responsibility was gradually transferred to the USAF.

The initial trainees were selected from among RVNAF Bearcat pilots who had accumulated 800 to 1200 hours flying time. They were trained at NAS Corpus Christi, Texas, and then sent to NAS Lemoore, California for further training. Navy pilots and crews in Vietnam checked out the Skyraiders that were being transferred to the RVNAF, and conducted courses for RVNAF ground crews.

Over the course of the war, the RVNAF acquired a total of 308 Skyraiders, and was operating six A-1 squadrons by the end of 1965. These were reduced during the period of Vietnamization from 1968 to 1972, as the U.S. began to supply the South Vietnamese with more modern close air support aircraft, such as the A-37 Dragonfly and Northrop F-5, and at the beginning of 1968, only three of its squadrons were flying A-1s.

As the U.S. ended its direct involvement in the war, it transferred the remainder of its Skyraiders to the South Vietnamese, and by 1973, all remaining Skyraiders in U.S. inventories had been turned over to the RVNAF. Unlike their American counterparts, whose combat tours were generally limited to 12 months, individual South Vietnamese Skyraider pilots ran up many thousands of combat hours in the A-1, and many senior RVNAF pilots were extremely skilled in the operation of the aircraft. 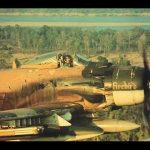 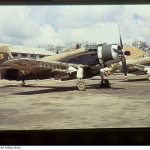 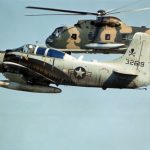 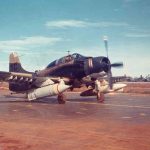 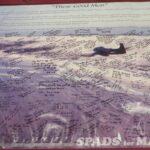