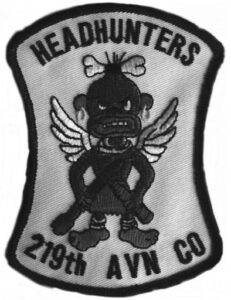 In July ‘70, the 4th Platoon of the 219th Aviation Company was assigned to the Northern Launch Site to provide four O1-G observation aircraft to MLS – on a daily basis. They were based in BMT West Field, with Co Hqs in Kontum. They were used for the conduct of daily HI-LO visual and photographic missions over Cambodia, as well as in support of CCS/TF3AE ground recon and exploitation operations. Although they were a small group, they were fearless – even accounting for several POWs. This air support by the 219th continued until at least 09/26/71 when the TF3AE Commander LTC Robert T. Holden signed a Letter of Unit Commendation to the CO of the 219th.