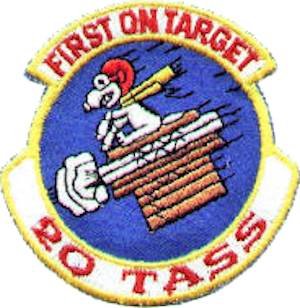 The 20th Tactical Air Support Squadron was organized at Da Nang Air Base, Vietnam, on 8 May 1965. It received its first Cessna O-1 Bird Dog later that month.

The squadron was fully operational by August 1965. It ran check flights for newly assigned aircrews, as well as flew visual reconnaissance and forward air control missions under various call signs. As it expanded, it stationed pilots and ground crews at several forward operating locations.  However, it did not receive its full complement of over 30 Bird Dogs until the end of the year, as the turnover process from the U. S. Army was a slow one. The army was reluctant to surrender the Forward Air Control (FAC) role, but had agreed to do so under an inter-service agreement that allowed them to have helicopters.

By the end of 1965, the 20th TASS was assigned the mission of directing interdiction of the Ho Chi Minh trail; this was dubbed Operation Tiger Hound. The squadron’s original forward operating bases were at Khe Sanh, Kham Duc, and Kon Tum, which were very close to the Ho Chi Minh Trail, unlike Da Nang, which was the width of the country away. Other forward sites were added later for additional missions assigned to the squadron – Đông Hà, Quảng Trị City (La Vang Airfield), Huế Citadel Airfield, Huế/Phú Bài, Tam Kỳ, Quảng Ngãi, Đắk Tô, Pleiku, and Quảng Trị Combat Base.

On July 1966, the squadron was tasked with a second area of operations. It was within North Vietnam, from the Demilitarized Zone 30 miles northward along Route Pack 1. These Operation Tally Ho missions directed naval gunfire as well as airstrikes. However, burgeoning antiaircraft defenses pushed the squadron’s minimum operating level to 2,500 above ground level. By year’s end, the risk had so increased that the squadron’s Bird Dogs were withdrawn in favor of A-1 Skyraider FACs. During this period, it was decided that all cross-border flights would use call sign “Covey” and “Tally Ho” was dropped. In-country missions carried a variety of call signs, including “Jake” and “Trail”.

By this time, the Bird Dog’s shortcomings were becoming apparent. It was a simple plane, easily maintained, highly maneuverable, and had good visibility. The fore and aft seating allowed both pilot and observer good views on both sides, and the high wing allowed a nearly unobstructed panorama. Vietnam People’s Army and Viet Cong antiaircraft defenses were increasingly sophisticated and dangerous, however, and the slow, unarmored O-1 was ever more vulnerable to ground fire. In addition, its operational times were limited by its unsophisticated instrumentation and navigational equipment, which made flying in bad weather or at night difficult (night missions were particularly challenging and dangerous).[citation needed] Its lack of weaponry was also frustrating, as FACs could watch the enemy disappear while the strike aircraft were still en route. Frustrated FACs sometimes resorted to strafing the enemy with M-16 rifles fired out of the plane’s windows.

As a result, the 20th TASS began receiving Cessna O-2 Skymasters in 1967. The O-2 was a temporary solution, meant to serve until the OV-10 Bronco came on line. The O-2 was a modified Cessna 337 civilian plane. It was dual engined, with one engine at either end of the fuselage. The 20th was the first FAC squadron in Vietnam to receive it.  The aircraft carried more ordnance, was capable of longer loiter times, had more power, and featured improved conventional navigation aids and in-flight instrumentation. Nevertheless, it had its own limitations. ] During this period, the squadron continued to fly 0-1s.

In January 1969, the squadron began the transition from O-1s to the OV-10 Bronco. By July, the last O-1 was history, though the squadron continued to fly 0-2s. As of October 1969, 20th TASS aircraft, pilots and ground crews were assigned to 11 forward locations, five supporting the U. S. Army and six supporting the ARVN. Its headquarters remained at Da Nang.

As the war wound down from 1970 through 1972, the squadron withdrew from its forward locations. The Easter Offensive by the PAVN in April 1972 made the 20th TASS return to FAC support from forward locations. It also temporarily tripled the squadron’s sortie rate. When the North Vietnamese began to rocket Da Nang, the pilots of the 20th used their armed OV-10s to retaliate directly with rockets, strafing, and small bombs in addition to calling in air strikes.

In January 1973, the squadron ceased combat. It turned over its O-2s to the Republic of Vietnam Air Force and passed its Broncos along to other USAF units. On 15 January, the 20th was transferred as a paper unit to George Air Force Base, California. On 1 April 1973, it was inactivated and its service in Vietnam was over.  In its nearly eight years in Vietnam, it had earned five Presidential Unit Citations, four Air Force Outstanding Unit Awards with Combat “V” Device, and three Republic of Vietnam Gallantry Crosses with Palm. In addition, its pilots and crews earned many personal decorations.

Losses and awards for Gallantry in Action

The 20th lost more than 70 pilots during the Vietnam War.

On 19 August 1967, Captain Donald D. Stevens, flying an O–2, risked heavy ground fire, which damaged his aircraft, for eight hours during the medical evacuation of a wounded American soldier and the extraction of a ground team sent in to help him. His gallantry won him the Air Force Cross.

Four months later, on Christmas Day, Major Jerry Allan Sellers was killed when his O–2 was shot down during a night mission in which he saved a ground patrol from being overrun by illuminating ground targets with his landing lights so that gunships could direct accurate fire at the enemy. His lights drew heavy anti-aircraft fire, and he was shot down. He also earned an Air Force Cross.

On 29 June 1972, Captain Steven L. Bennett’s OV-10 was hit by a surface-to-air missile shredding the Observer’s parachute. Rather than leave his observer to his fate, Bennett crash landed in the Tonkin Gulf. The observer escaped the sinking plane, but Bennett drowned. He was awarded the Medal of Honor, one of only two awarded to FACs in the war.

On 11 July 1972 Major John Leonard Carroll a 20th TASS pilot on temporary duty with the 56th Special Operations Wing at Nakhon Phanom Royal Thai Air Force Base and flying an O-1G Bird Dog as a Raven FAC, earned the squadron’s third Air Force Cross. His aircraft was shot down over the Plaine des Jarres, Xiang Khoang Province Laos, and he was killed on the ground shooting it out with two PAVN companies attempting to capture him.

The squadron’s aircraft losses over the course of the war amounted to 31 O-1 Bird Dogs, 55 Cessna O-2 Skymasters, and 22 OV10 Broncos. 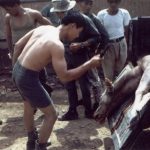 Deer was shot from Helo between Dak To and Kham 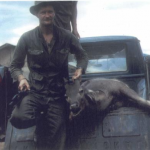 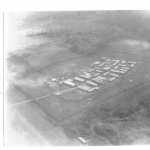 Camp A-105. Note when I was there in Aug 70, this place was blown to hell, nothing remained standing-RL NOE 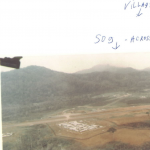 Det A-105, across runway was SOG’s camp and beyond that was a village. 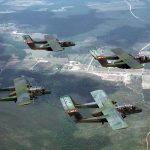 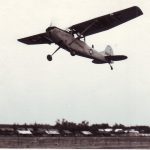 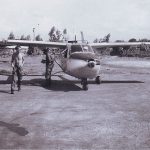 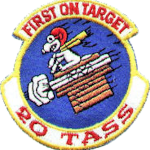 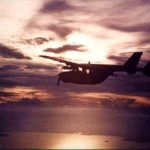 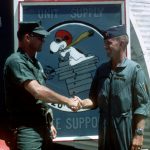 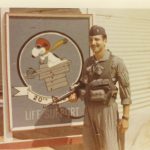 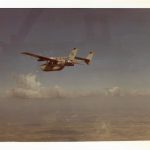